The Birth of the Modern Cemetery

Who doesn’t like exploring cemeteries? Seriously. They are outdoor museums filled with amazing art, history and buried stories. I can’t leave a cemetery without taking 200 plus pictures and I love reading cemetery tales about Devil’s Chairs, glowing tombstones and phantom ladies in white. Cemeteries have long been the topic of our midnight ghost stories and superstitions all around the world. The word cemetery means, “sleeping place,” in Greek and our modern burial ground is a relatively new concept in our human timeline.

“MEET ME IN THE CEMETERY”

Plenty of people run, ride bikes or walk in their local cemeteries, but going to a cemetery to socialize or have a picnic? That’s too strange for most people unless you’re one of us wonderfully creepy weirdos. But it wasn’t that odd for our Victorian ancestors to actually picnic at and enjoy their local cemetery, all thanks to something called the Rural Cemetery Movement. 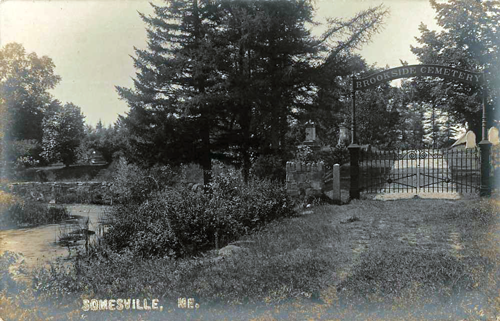 Antique postcard depicting a perfect garden cemetery, complete with a water feature and lovely gate. You want to picnic here. You do.

THE BODIES ARE FALLING OUT ONTO THE SIDEWALK. IDEAS? ANYONE? IT’S SO GROSS.

Major overcrowding, disease, and pure greed all led to the creation of the modern cemetery. Many cultures and earlier humans practiced cremation, a process that requires a lot less space. Religion has played a huge role in regards to body disposal. Hindus and Buddhists have practiced cremation for a long time, but early Christianity didn’t believe in cremation. The body was a temple of the Holy Spirit and internment into the ground or some type of burial chamber was preferred. Cremation was shunned because it was what those “pagans” did and it destroyed the physical body that needed to be around for the Resurrection.

As our population increased, some countries like England and France were having serious problems in their burial grounds. Everyone wanted to be buried in the churchyard. The closer to God, the better. The Church turned the purchase of graves into a lucrative business. Selling expensive spots inside the church was even more profitable because people felt they were even closer to God than outside in the church yard. And those plain people getting buried outside of the church?

Well, once their bodies were decomposed (or not), the church yard would sometimes sell the lot over again and make even more money for the same space. It wasn’t uncommon to bury seven or more bodies in the same grave. Many churchyards would be so packed with dead bodies, that the ground would be ten feet higher than street level. Imagine the stench that permeated the air when someone passed by one of these overcrowded graveyards. Not to mention people were getting sick living in close proximity to such terrible decay. Something had to be done.

“L’EMPIRE DE LA MORTE” – THE EMPIRE OF THE DEAD

The Catacombs in Paris.

Paris was one of the first big cities to address their epic corpse problem. The solution? The famous catacombs. The catacombs exist under the city in old Roman quarries and are the final resting place of over seven million people.

This massive bone storage project began in 1786 and was quickly nicknamed “L’empire de la Morte” or “the empire of the dead.” There was no way to know whose body was whose, so bones were organized by type and what cemetery they came from. The system of underground tunnels run a total of 186 miles, but only a few miles are open to the public for tours today.


While the catacombs were one type of solution, they were cold and creepy — not somewhere to go and pay respects to your dead relatives. Let alone, you wouldn’t even know where to find them because their femur and skull would be in totally different spots. So Paris came up with a beautiful idea: a garden cemetery.

The concept was to create a beautiful, peaceful area away from the bustling cities, where the dead and the living could rest. These new “garden cemeteries,” would be places where people could picnic, take walks and even “show off” their wealth with fancy mausoleums and elaborate tombstones. The first garden cemetery in Paris was Pere Lachaise, which opened in 1804.

Twenty-seven years later, the United States followed suit twenty-seven years later with Mount Auburn Cemetery in Cambridge, Massachusetts in 1831. Cities across the United States followed the idea. These new cemeteries were actually responsible for establishing our current idea of a park as well. Central Park in New York City was inspired by the cemetery movement. Bodies were moved from the crowded city cemeteries and large plots of land were purchased on the outskirts of many towns for the new cemeteries.

The Victorians can be given credit for making the garden cemetery successful in the United States. The Victorians were much more accustomed to death in their lives than we are today. Learn more about Victorian mourning photography and you’ll see just how comfortable they were. The average person died before they hit forty. Death was a more normal occurrence for them, so it wasn’t strange to relax and picnic in a cemetery.

The Victorian era was one of the most extravagant in terms of architecture in the United States. The flashier the better. Some of the most beautiful tombstone art comes from this era. Even in death, a rich Victorian could show off their wealth with an opulent mausoleum or soaring granite obelisk. It’s sad to see how boring tombstone art has become in the 21st century, although I was giddy when I discovered this Victorian inspired angel in my local cemetery. Does everything old become new again, even in cemeteries? 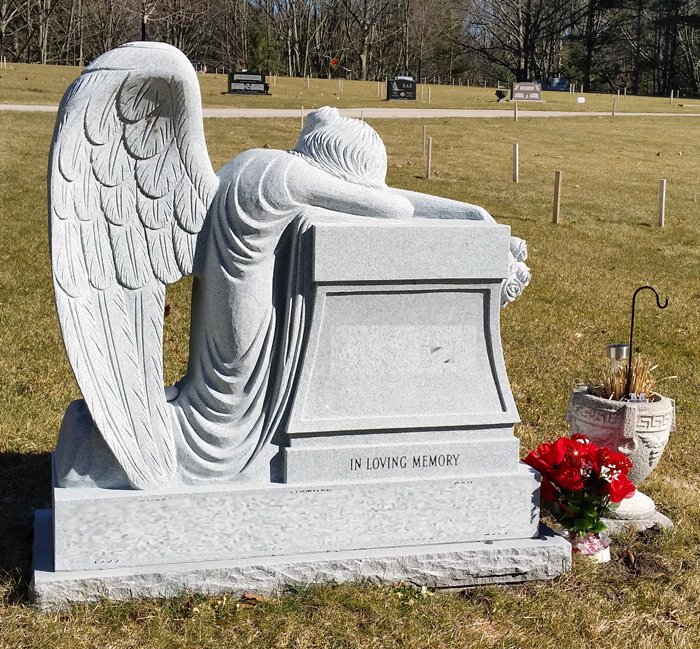